Vintage Ice Chests: A Cooler History Than You Might Think 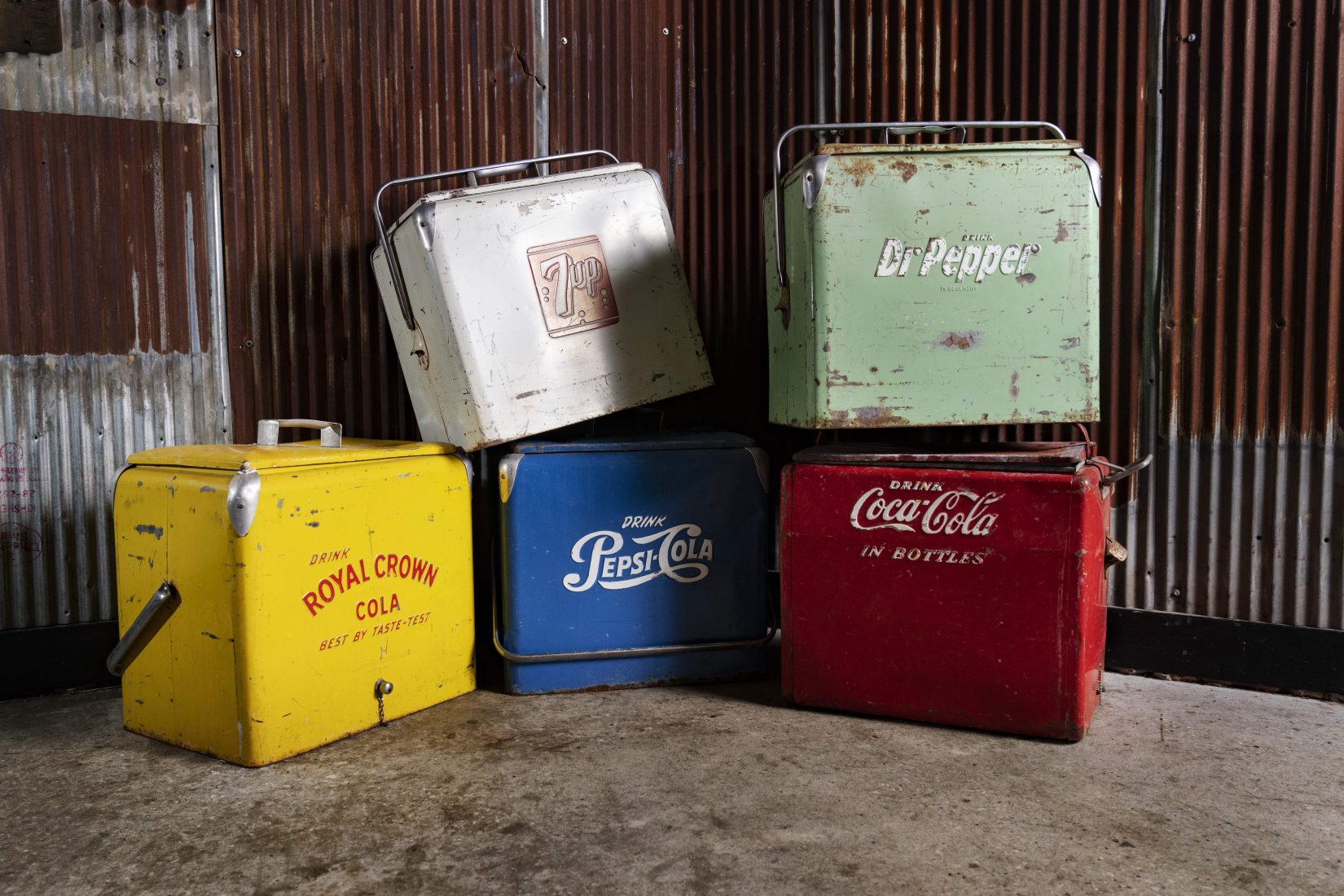 If you’ve visited Bud’s Classic BBQ on Ninth Street, you’ve probably noticed the collection of vivid vintage ice chests that surround the menu. Bud’s owner Jason Paetzold has been collecting them for decades and says it adds a nice rustic edge to the industrial-style restaurant. His coolers were all manufactured by the Progress Refrigerator Co. from Louisville, Kentucky.

The first modern cooler was made from Styrofoam in 1944, which was light and had millions of air pockets in it. The Coleman Co. bought the patent in 1957 and plastic coolers became widespread. Over time, companies like Igloo got into the business, making hundreds of different models.

As coolers were becoming popular, the advertising revolution was taking off as well. Large companies like Coca- Cola, Pepsi, Budweiser and others started producing branded coolers similar to the ones in Bud’s Classic BBQ.

Today, innovation in the world of coolers continues to evolve as Yeti, a $5 million company, changed the process of cooling to a new practice called rotomolding. Most recently, the use of solar power to cool contents has become popular, as well as adding waterproof speakers as a new cooler feature.

Five Tips To Strengthen The Bond With Grandkids

Gunter Hans To Change Its Hours of Operation