Pooches & Patios: Places to Bring Your Pets in Columbia 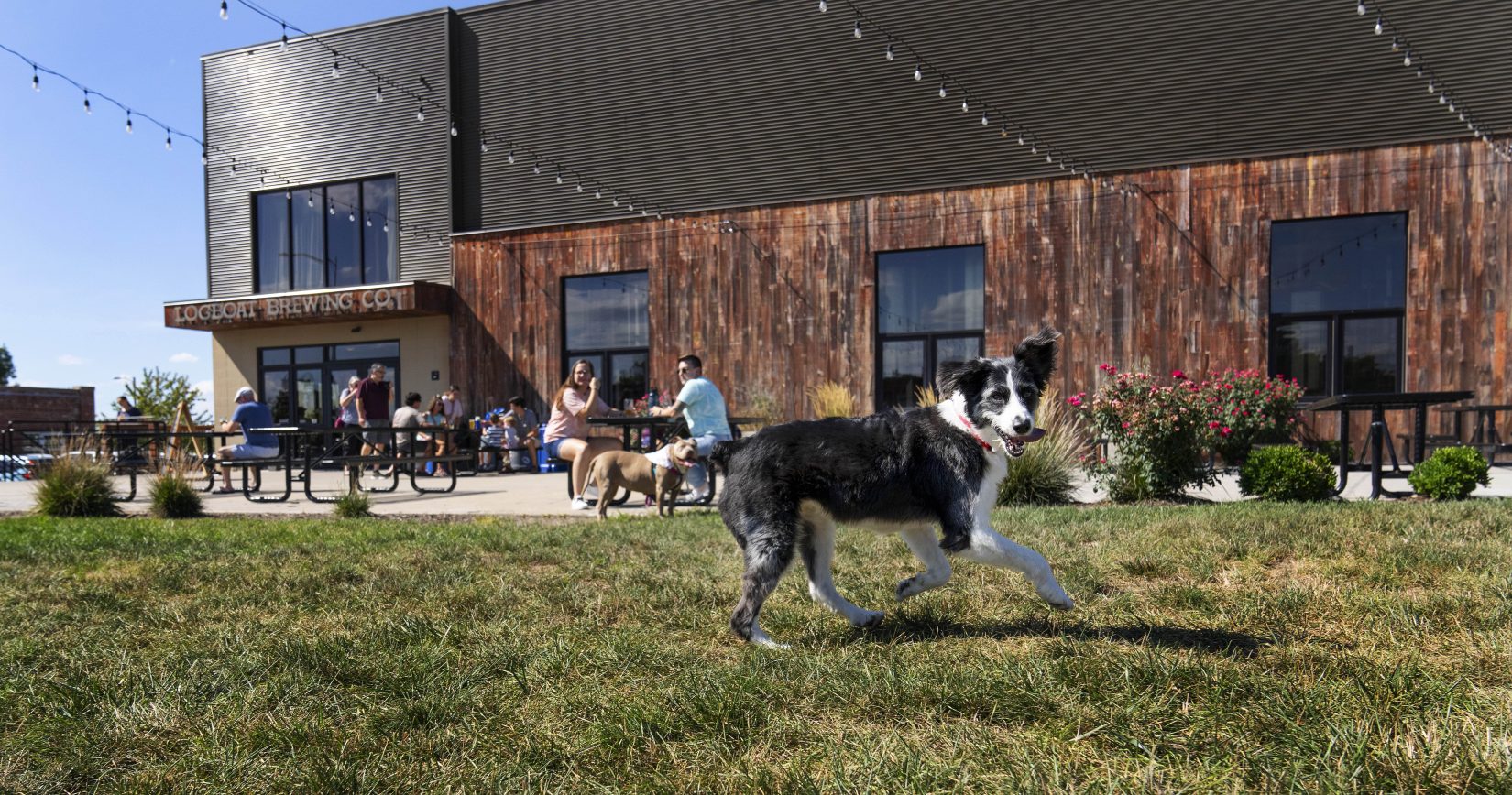 Is there anything better than time with your favorite furry companion?

Lucky for local dog lovers, Columbia is quite the canine friendly place, and there’s more than a few patios that allow pups. We’ve put together a short list of a few of our favorite spots to grab a bite or drink while bringing your pooch.

So grab your dog and head over to one of these staples of Columbia! 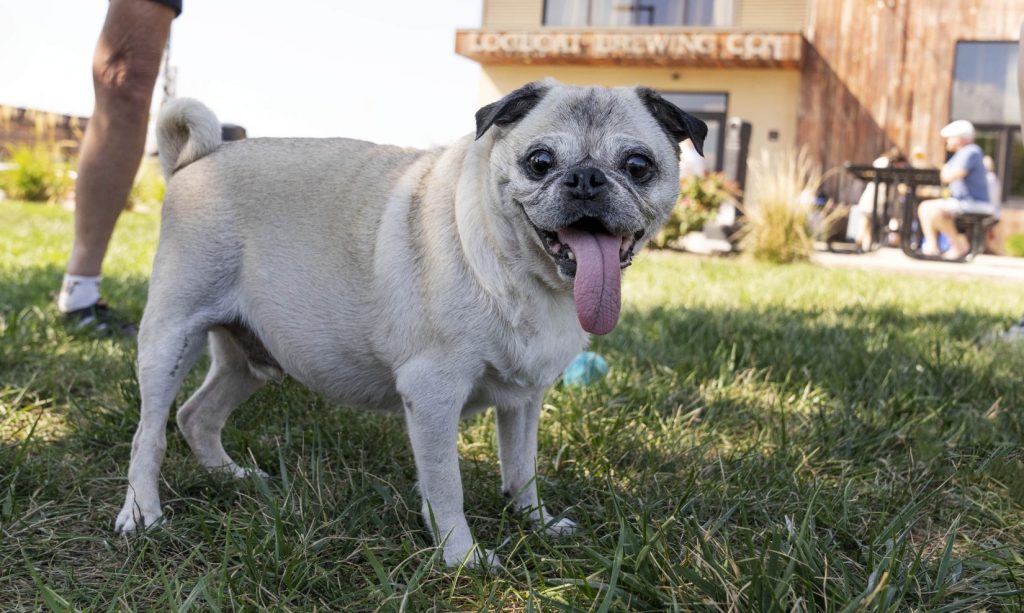 For beer lovers who want to have their furry friends tag along, Logboat Brewing Co. is the perfect spot with its park, a fenced-in grassy area that everyone, even pets, can enjoy.

While the park has had more limited access this past summer as Logboat continues its expansion, dogs are always encouraged there, though they must be leashed at all times. Logboat even recommends its patrons share photos using #dogsoflogboat on social media. According to Logboat’s Instagram, “Whether you’re outside exploring, at home, or at the brewery enjoying a Logboat beer with your pup, make sure to snap a photo so we can be a part of your adventures.”

If you want to make your pup Logboat official, you can even purchase an Aztec dog collar with the Logboat Brewing Co. logo for $15.

LAP IT UP: If you haven’t tried Logboat’s Shiphead, it’s a great sip on a warm day. And if there’s not a food truck on site, consider grabbing a bite from one of Logboat’s neighbors, including Ozark Mountain Biscuit & Bar, Beet Box or Pasta La Fata. 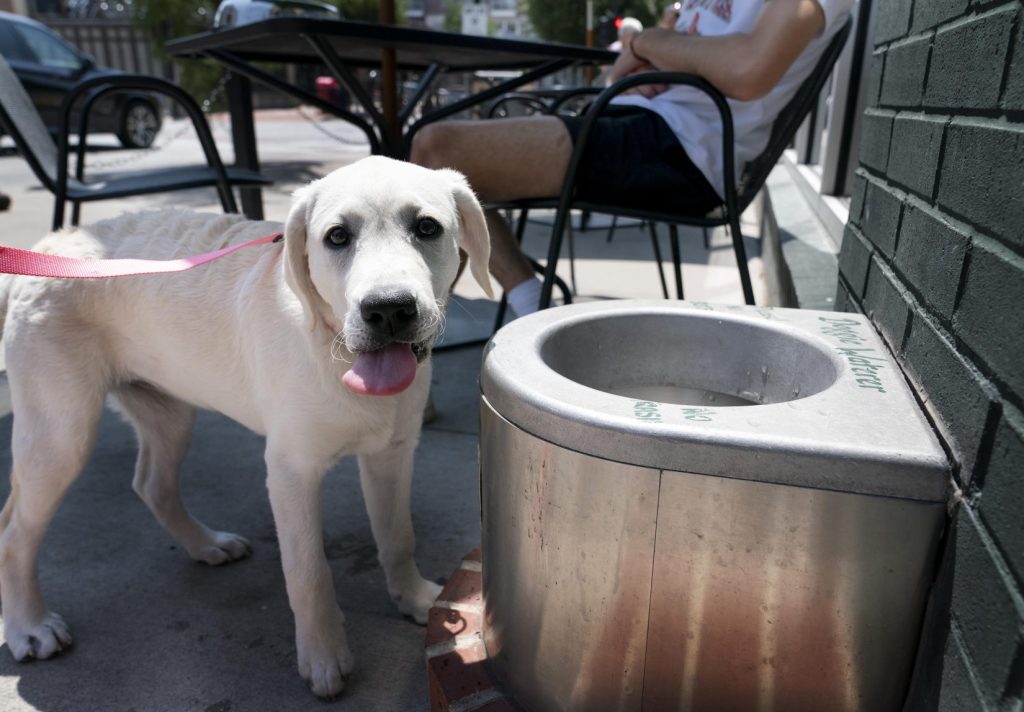 It’s a staple in Columbia, not just for people but for pets as well. Shakespeare’s Pizza is incredibly well known, partly because it is pet friendly. Toby Epstein, general manager of the downtown location, says Shakespeare’s has always been pet friendly, but it became official in the last couple of years, as management wanted to make sure city codes and health codes were followed carefully. Some of those rules include making sure there is a plan in place for cleaning up after a pet, and not allowing aggressive or untrained dogs at the restaurant. “They can’t cause any issues, and if they do cause an issue, then it’s a very short leash, no pun intended,” Epstein says.

Epstein says the process to get pets on the patio was long, but overall, incredibly worth it. “I do think that it lends a certain relaxed vibe to the atmosphere, which is definitely us; pet or no pet.” As long as pets follow the rules, Epstein says it’s a welcome place for all.

CHOW DOWN: You can’t go wrong with a pint of beer and a slice of pizza. 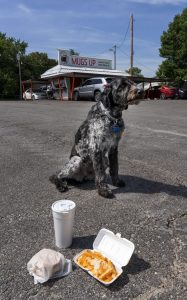 Mugs Up has a love for pets that’s been around as long as manager Brandon Kewley can remember. The unique drive-in restaurant gives customers a chance to bring their pets along for the ride. “People come out here in their car, so they bring their dogs a lot,” he says. “We love dogs.”

But it doesn’t just stop with dogs. Kewley says all kinds of animals have stopped by Mugs Up to say hello and maybe even try a sandwich. “I know that some people are afraid of snakes or different animals, but we’ve had customers bring those and different things to the restaurant,” Kewley says. “We give them cups of water and have treats for the dogs, and sometimes people even get sandwiches or hot dogs for their dogs as well.”

The animal-friendly atmosphere can be traced back to the original Mugs Up owners, Kewley’s grandparents, and specifically his grandfather who grew up with animals on a farm before moving to the area and starting the beloved business.

CHOW DOWN: Don’t skip the Zip Burger and try the homemade root beer. 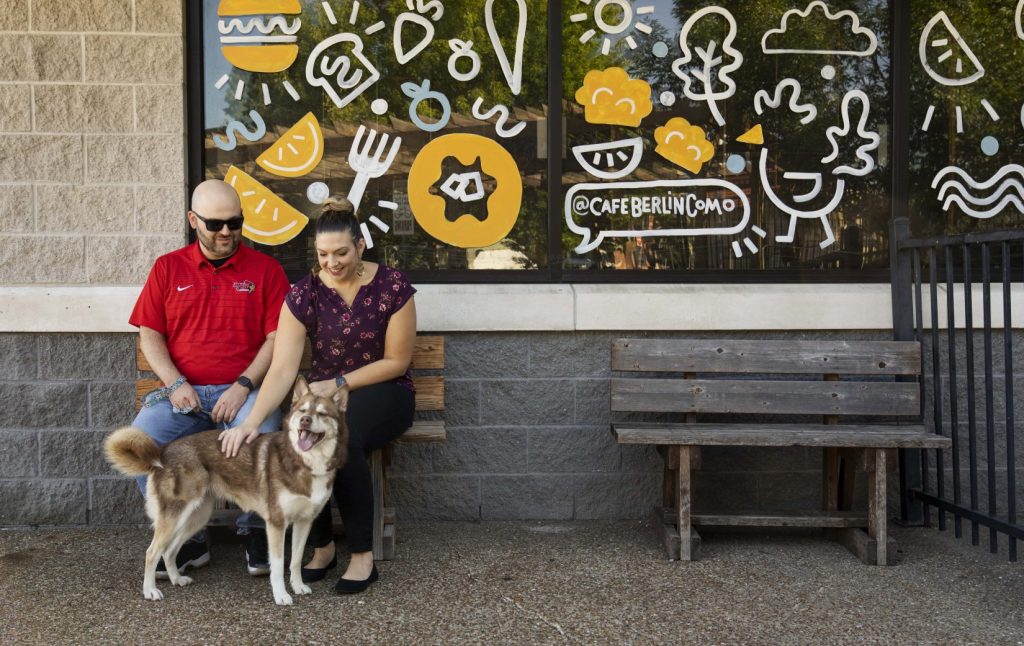 This popular Columbia brunch location offers more than just unique breakfast food, as Cafe Berlin is a place for your pets. Owner Sam Johnson says people at Cafe Berlin love dogs, and they have the space to allow pets. “Obviously we love dogs, and we love dog people too. It’s a source of joy and we have a patio, so why not?” Johnson says he wishes more people would bring their furry friends along to brunch (at least on the patio, where they are allowed). “I don’t think a lot of people know how acceptable it really is and how much we want this to be a dog-friendly environment.” The cafe even works with Lizzi & Rocco’s Natural Pet Market to provide custom made treats for dogs.

At Cafe Berlin, the same rules apply for pets as they do for people. “If a dog is acting out of hand just like if a person was, we would have to ask them to leave,” Johnson says.

CHOW DOWN: Pay attention to the always changing waffle and drink specials. 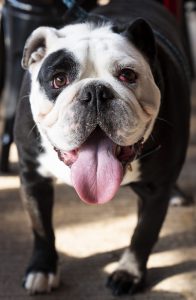 For Como Smoke & Fire, a family-owned barbecue restaurant in Columbia, family is more than just people, which is why the patio is open to furry friends to enjoy as well.

“We have pets and always liked the option to take them with us, so we decided to open the patio up to dogs,” says Christy Hawkins, one of the owners of Como Smoke & Fire. “We have water bowls; we have dog treats, and sometimes the guys will be trimming the meat in the back, and they’ll have bones.”

However, there are still rules for the patio, she says, including having dogs stay on a leash and staying in the dog-friendly area.

CHOW DOWN: Try the No Disgrace sandwich, a combination of Texas toast, brisket and smoked turkey topped with slaw, pickles, red onions and spicy barbecue sauce.

The Backyard Bustle: Take Your Full-Body Workout Outside