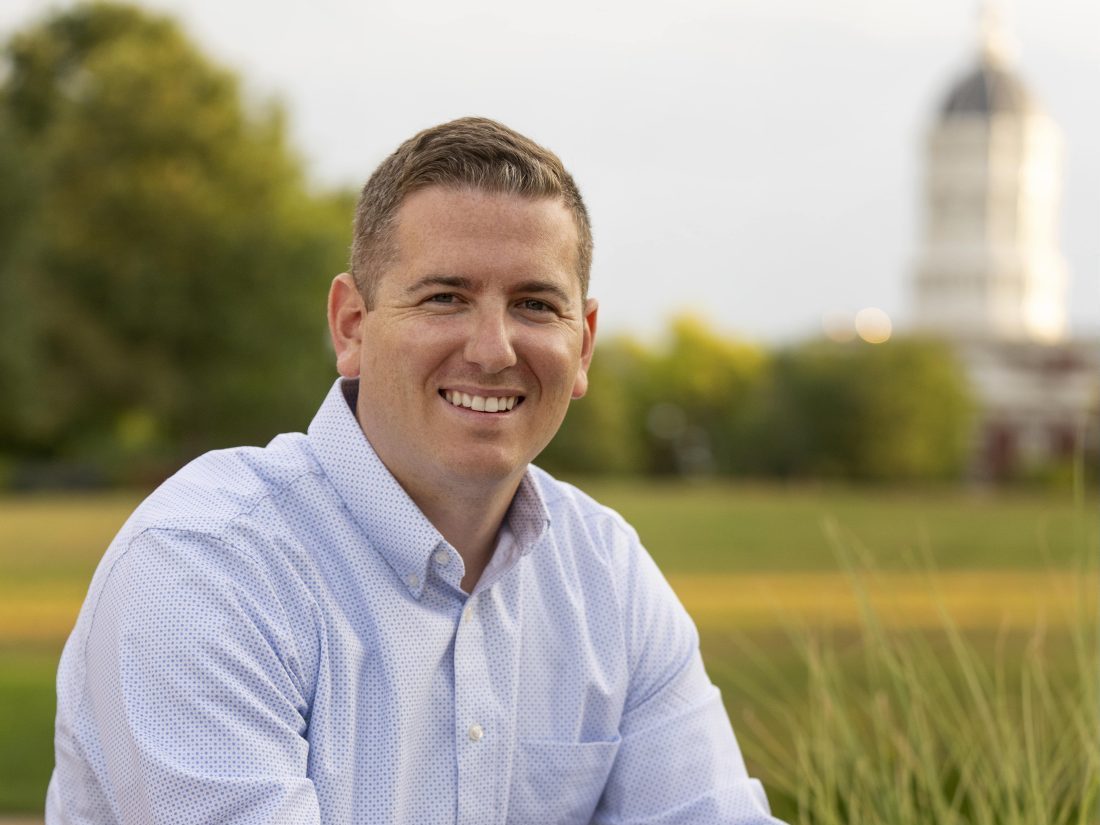 While attending the University of Missouri, the former walk-on quarterback met best-selling author and speaker Jon Gordon, who was brought in to speak to the Tigers on occasion. Demczak says he connected with Gordon’s message and the two stayed in touch. After Demczak graduated, he began working with Gordon, who provided the forward for Demczak’s first book, Thrive U, which came out in 2016.

Now the two have co-authored The Sale: The Number One Strategy to Build Trust and Create Success, which came out this spring. “It’s about integrity,” Demczak says of his new book. Through a fable about a fictional sales rep at an aviation technology company, the book lays out four lessons about how to create lasting success through trust and integrity. “In this culture that we’re in right now, building trust is so important,”he says. “There’s never been amore important time to talk about building trust and having integrity as individuals or as companies.” 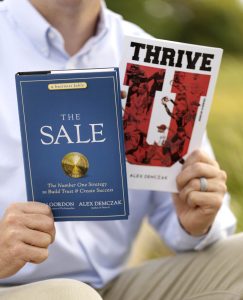 Part of that is due to the prevalence of social media. Demczak says with all the accessibility that comes with social media networks, it’s easy to lose track of what’s genuine. That makes it all the more important to establish yourself as someone who can be counted on. “When you think about the people who have made the biggest impact on your life, those people have probably lived their lives with integrity,” Demczak says. “When they said they were going to dosomething, they did it and you knew that you could count on them. … That sets them up for long-term success.”

And while Demczak and Gordon primarily speak to teams, businesses and other organizations, Demczak says the lessons are meant to resonate with individuals too. “We tried to write the book in a way where anyone who read sit can resonate and relate to the main character,” he says.

In fact, Demczak says the main character, in some ways, is himself. “I had an amazing job, but I was running at an unsustainable pace and I was trying to do all these different things,” he says. “At some point, I just had to make the decision on what I felt like I was called to do.” Since then, he’s pored his focus into writing and speaking allover the country, trying to help others build meaningful, enduring success that leads to a happy, well-rounded life. “What’s cool about when I go to speak, I can encourage people to find what they’re passionate about,” he says. “Are you living your values?”

It all comes back to being “super intentional” about your goals and taking actions now that help build the future you want to have in 20 years, Demczak says. Because when you operate with integrity first, success will come. As proof of that philosophy, he points to the success companies like Veterans United have seen. “One of their core pillars is to deliver results with integrity,” he says. And that has led to incredible success that provides both top profits and an environment where staff members want to be there and be part of the team.

Creating that environment is so important now, Demczak says, as the younger work force is looking for jobs with meaning, instead of simply those that are high paying. “GenerationZ would rather make less money and be part of something that has a purpose they align with,”he says. That means employers need to ask themselves some critical questions: “Are you someone that they want to work for? Are you a great teammate? Are you someone who is investing in culture,” Demczak asks. “The old ways of management are being thrown out.”

But Demczak isn’t only interested in helping people through his books and speeches. He wants to help others find their own stories, which is why he began Streamline Books last year. “Essentially, what we do is we help authors, in a 16-week process, write, edit and publish their book,” he says. “We believe that everyone has a book to write. That’s where we’re able to empower people.” For more information on The Sale, visit thesalebook.com.

Mizzou Women’s Basketball Team to Face Off Against Kentucky

Celebrate the New Year in Columbia