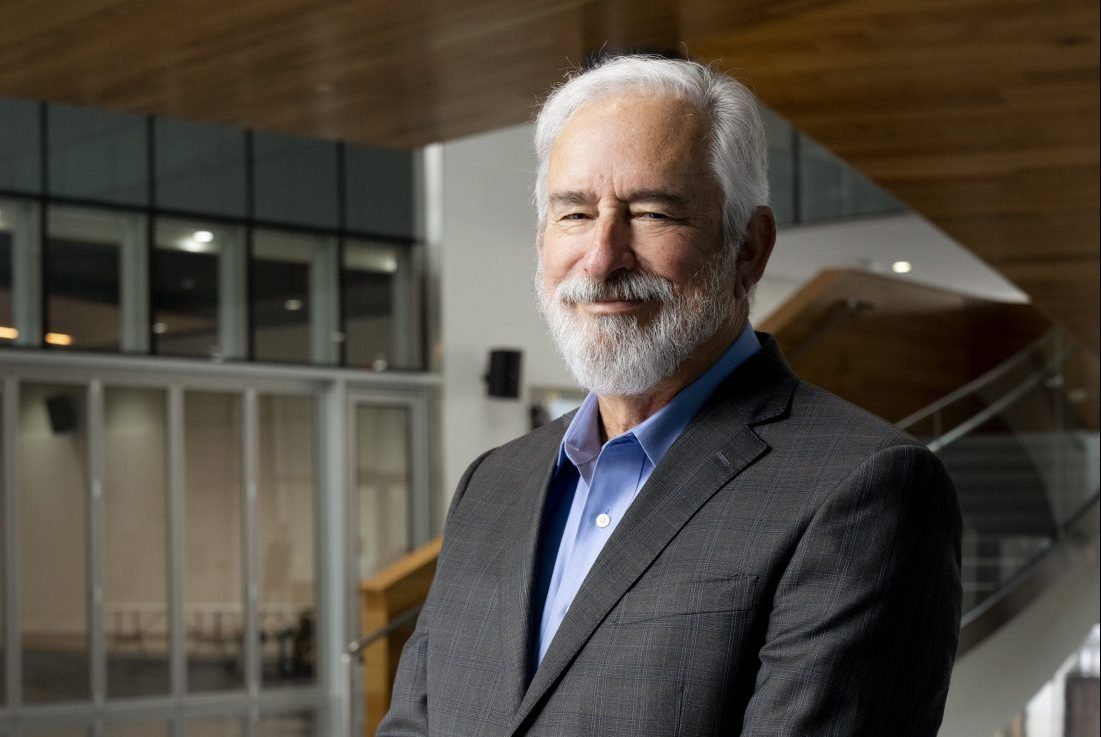 Gary Kremer is a modern day time traveler. As an historian, he spends much of his time in the past, researching the lives of Missourians. As an administrator, he spends his days in the present, keeping the State Historical Society of Missouri (SHSMO) on course as the foremost research center for the study of Missouri’s history. And, as an adjunct professor at the University of Missouri, he looks forward to training more research assistants and serving on graduate student committees.

Kremer stepped into his role as executive director of SHSMO in 2004, back when the organization was housed in the basement of Ellis Library on the MU campus. He’s as much at home now in the society’s beautiful new Center for Missouri Studies building on Elm Street, as he is in his Jefferson City home, where he lives with his wife, Lisa. If he wanted, he could retire at anytime, but he enjoys his work and the SHSMO staff too much to seriously consider walking away. “If I was retired, I’d be doing most of the same things I am doing now,” he says.

For Kremer,“the same things”are kept fresh by his voracious appetite to learn. When considering how digital technology has revolutionized historical research at the SHSMO and throughout the world, he says wistfully, “I wish I was 25 again and had all the tools current grad students have.”

Unlike 25-year-olds, Kremer has a head of gray hair, a neatly-trimmed gray beard and a calm, contemplative manner. One thing that hasn’t changed over the years is his curiosity. “The older I get, the more I feel I have to learn,” Kremer says. He expresses this sentiment humbly, despite having earned a doctoral degree in history from American University in Washington, D.C., and master’s and bachelor’s degrees from Lincoln University in Jefferson City. He’s humble, despite having authored or co-authored about 13 books and innumerable articles, plus a 27-year teaching career that started at Lincoln and continued at William Woods University.

Kremer’s education at Lincoln launched him into a unique place in the academic world of historians — especially for those pioneers of Black history. Lorenzo Greene, one of the nation’s premier Black historians, mentored and befriended Kremer as an undergraduate and master’s student at Lincoln. Greene, who taught at Lincoln from 1933-1972, had been the research assistant of famed historian Carter Woodson, the father of Black history and the only person whose parents were enslaved in the United States to obtain a doctorate in history. Kremer took his place in this esteemed line of historians when he became a research assistant to Greene.

It’s an academic lineage that shaped Kremer’s approach to history. “I am a social historian,” he says. Which means that a major focus of his research is to study the “lived experience of individuals.” Oral interviews that probe people’s recollection of the past, recordings of past interviews, courthouse documents, newspaper stories and census data all contribute to the picture of individuals’ everyday lives. It’s a picture that would be missing important insights if not for Kremer. Antonio Holland, a colleague of Kremer’s who taught at Lincoln for many years, recalls Kremer’s devotion to uncovering the past. “If it hadn’t been for Gary’s interviews and articles, some important knowledge of African Americans in Missouri would have disappeared,” he says.

When asked the purpose of historical studies, Kremer recalls the words of his mentor, Greene. “Dr. Greene would ask the rhetorical question: ‘What is the goal of the historian?’ He’d pause and say, ‘the search for truth.’” For Kremer, that search has a very practical side to it. “History is a way of explaining the world in which you live,” he says.

As a child, growing up in the very small town of Frankenstein, Missouri, Kremer didn’t have much interest in history. His childhood was spent playing neighborhood baseball games, riding his bike and enjoying the day-to-day adventures of rural life in the ‘50s. “One of my cousins who lived on a farm used to kid me about being a city slicker, growing up in a town of 38 people,” he says. Kremer’s family lived modestly. Instead of central heating, they got by with a wood stove. Outdoor plumbing, which included a two-seater outhouse, was as modern as it got for many people in Frankenstein at the time. “We didn’t understand that we didn’t have money,” he says. “It was comfortable, not a culture of poverty. It wasn’t until I was 20 years old that I lived in a house that had indoor plumbing.”

As a child, growing up in the very small town of Frankenstein, Missouri, Kremer didn’t have much interest in history. His childhood was spent playing neighborhood baseball games, riding his bike and enjoying the day-to-day adventures of rural life in the ‘50s. “One of my cousins who lived on a farm used to kid me about being a city slicker, growing up in a town of 38 people,” he says. Kremer’s family lived modestly. Instead of central heating, they got by with a wood stove. Outdoor plumbing, which included a two-seater outhouse, was as modern as it got for many people in Frankenstein at the time. “We didn’t understand that we didn’t have money,” he says. “It was comfortable, not a culture of poverty. It wasn’t until I was 20 years old that I lived in a house that had indoor plumbing.”

The only thing missing from his childhood was experience with people who weren’t like him, German Catholic. Frankenstein was anything but a diverse community. In the prologue to his book, Race and Meaning: The African American Experience in Missouri, Kremer recounts being 12 years old and meeting his first Black child on a ballfield. “I wanted to tell him that I thought Black people and White people could and should get along … but the thought remained unspoken,” he wrote.

Kremer’s view of the world began to expand when he was 13 and spent two years at St. Thomas Aquinas Preparatory Seminary in Hannibal. Not only did he meet others who didn’t share his small-town experiences, but among the nuns and priests who taught him were several from other cultures who had lived in Japan and France.

He finished his high school education in Westphalia, a 25-mile bus ride from his home in Frankenstein. When he was 18, he enrolled at Lincoln because the tuition was affordable and he could live at home while taking classes. It never occurred to him that he’d be attending a historically Black college, where half the students were African American or from other countries. Kremer intended to major in sociology and become an inner-city social worker, but two historical events changed the course of his studies and his career choice: the struggle for Civil Rights in the South and the Vietnam War. A close friend of his went missing in Vietnam and has never been found. “I wanted to understand what’s going on there, how did that war happen? And to do that I began to read history on my own. And because I wanted to understand what was happening with race in America — this was the ‘60s, and cities were burning after Martin Luther King’s assassination — I started reading Black history and took a course with Lorenzo Greene,” Kremer says.

When Greene was about to retire, he offered Kremer a position as an instructor at Lincoln. Kremer finished his master’s degree, then started a 15-year career teaching history at the university. For 10 of those years, he also taught inmates of the Missouri State Penitentiary in the evenings. “These were among the best students I ever had. They were always well prepared,” he says. Fifty years later, he remains friends with one of his former students, who has since been released from prison. “We occasionally see each other, and I regard him as a longtime friend,” Kremer says. Another of his students, Patsy Luebbert, credits him with changing history from a dull to an exciting class. She first met him as a student in one of his history classes at Lincoln, and now, many years later, works part time at SHSMO as manager of the newspaper digitization project. “I remember him telling students that history begins with us,” she says. “We are all a part of history, every day. He showed us that history was more than dates and places on a map.

Kremer left teaching for four years to serve as Missouri state archivist, but returned to the classroom to teach the first women’s history classes at William Woods. After 13 years and hundreds of hours teaching William Woods students, he took on his current role leading the State Historical Society of Missouri.

More than curiosity and a love for history have powered Kremer through his long and distinguished career. As a child, he was deeply moved by President John Kennedy’s inaugural address that called for Americans to participate in public service. The courage of those in the Civil Rights movement also inspired him. When he started college in the ‘60s, like many of his generation, he was idealistic and wanted to change the world. Now, at age 73, experience has tempered but not defeated his faith in the ability of people to learn from the past and apply it to the future. “Every generation of Americans thinks they are the first to live and that their experiences are unique. We could all benefit from a greater understanding of history,” Kremer says.

Dive into history by visiting the Center for Missouri Studies galleries, located at 605 Elm St. These three exhibits are all open this fall. The center is open to the public, Tuesday-Friday from 10 a.m.-4:30 p.m. and Saturday from 10 a.m.-2 p.m. Free parking is available in the center parking lot.

Otis Noel Pruitt, a white photographer, documented life in the segregated town of Columbus, Mississippi — known locally as “Possum Town.” A selection of his photos from 1920-1960 are on display on the first floor art gallery. Pruitt’s complete collection is archived at the University of North Carolina — Chapel Hill, and consists of more than 90,000 photographs.

To complement the Possum Town exhibit, SHSMO presents an exhibit focused on Missouri sharecroppers from the Bootheel during the 1930s and ‘40s. Photojournalist Arthur Witman and cartoonist Daniel Fitzpatrick document the 1939 interracial sharecroppers’ protest and “Cropppervile,” the community created to provide temporary homes for the sharecroppers near Poplar Bluff.

In Their Own Words

This exhibit, located on the second floor in the Wenneker Family Gallery, celebrates the 35th anniversary of the National Women and Media Collection. It displays diaries, letters and personal papers of female journalists, including Lucile Bluford, who sued MU for denying her admission in 1939 because of her race. Also featured is Mary Paxton Keeley, born in 1885, who became the first woman graduate of the MU School of Journalism. Bluford was given an honorary doctorate degree by the university in 1989.

Five Tips To Strengthen The Bond With Grandkids