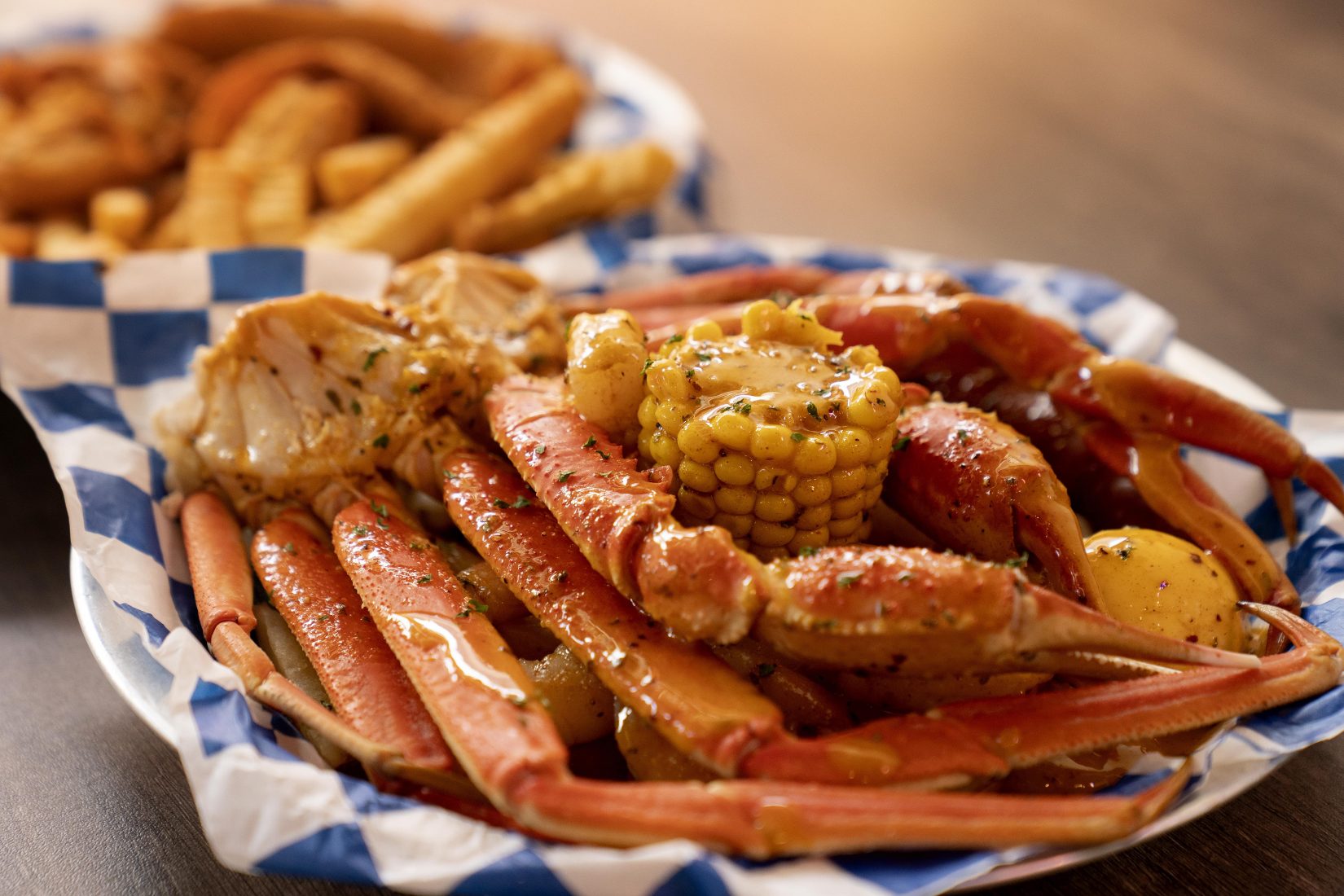 It’s been a few years since Marcus Lucas called Columbia home. The Liberty native came to mid-Missouri to attend Mizzou, where he played for the Tigers, graduating with a business degree in 2014. After becoming an undrafted free agent for the Carolina Panthers, Lucas eventually settled in the Charlotte, North Carolina, area, where he opened the very first Krustaceans Seafood in May 2020.

Just two years later, he brought the restaurant to his old college town, opening Krustaceans Seafood at 22 N. Ninth St. in May. While it’s the fourth location for the franchise (with more on the way, Lucas notes), it’s a particularly important one for Lucas. He says the driving factor in opening a location in mid-Missouri was“to give back to the community, help boost the economy a little bit and just provide business back to the town that really embraced me when I was there.”

It also allows him to follow in the footsteps of other Mizzou alumni who have brought successful businesses to their college town. “I think about Jerrell Jackson and Michael Egnew with their API Elite,” Lucas says, referencing the local gym started by two former Tigers. “They’re doing really great things there and the town has been really receptive of them. And I just wanted to follow in that mold.”

Krustaceans specializes in low country seafood boil, something Lucas says was always missing from the Columbia food scene while he was at Mizzou. “It brings something to mid-Missouri that I didn’t have when we were there,” Lucas says. “We would go looking for good seafood and there was almost nowhere to go.” That is, he says, unless they ventured to more upscale places like CC’s City Broiler. But finding somewhere a little more casual that better fit a college student’s budget was tough, he says.  And when they did find something, “it wasn’t that low country style that I really grew accustomed to. That was something that was important to me.”

While the culinary scene has changed in the eight years since Lucas left, he says the restaurant’s customizable flavor options make it a unique spot where everyone can find something they enjoy.

Another unique special at Krustaceans is the signature seafood and waffle combinations.

“It’s a pair that you wouldn’t normally think about but it’s one of our more popular items,” Lucas says. “Especially the fried lobster tail with the red velvet waffle. … That is something that’s truly unique to us.”

Krustaceans also offers frozen daiquiris, something Lucas says compliments the food well as the recipes are all inspired by Florida-style low country seafood boils. “They actually pair really well together,” he says.

Since opening the doors in May, Lucas says there’s been a really great response to the Columbia location. They used the summer as a sort of soft opening, he says, waiting until the Mizzou students returned for the fall semester to really launch. “We just wanted to give the local people of Columbia a preview of what’s to come and develop a strong base of people who will come and support us,” Lucas says.

With the start of Mizzou football, Lucas says he hopes people will think of Krustaceans when planning tailgate events, noting that it’s important to him to try to work with his alma mater and support it however possible. “We want to try to incorporate the university as much as possible,” Lucas says.

The dedication to Mizzou makes sense, as Lucas is not the only link between Krustaceans and Mizzou. One of Lucas’ business partners is his mother, a Mizzou alumna who played women’s basketball.

Krustaceans is open for both dine-in and carryout from 11:30 a.m.-8 p.m. Thursday and Sunday, and from 11:30 a.m.-9 p.m. Friday and Saturday. For more information, visit krustaceanscomo.com.

The Backyard Bustle: Take Your Full-Body Workout Outside