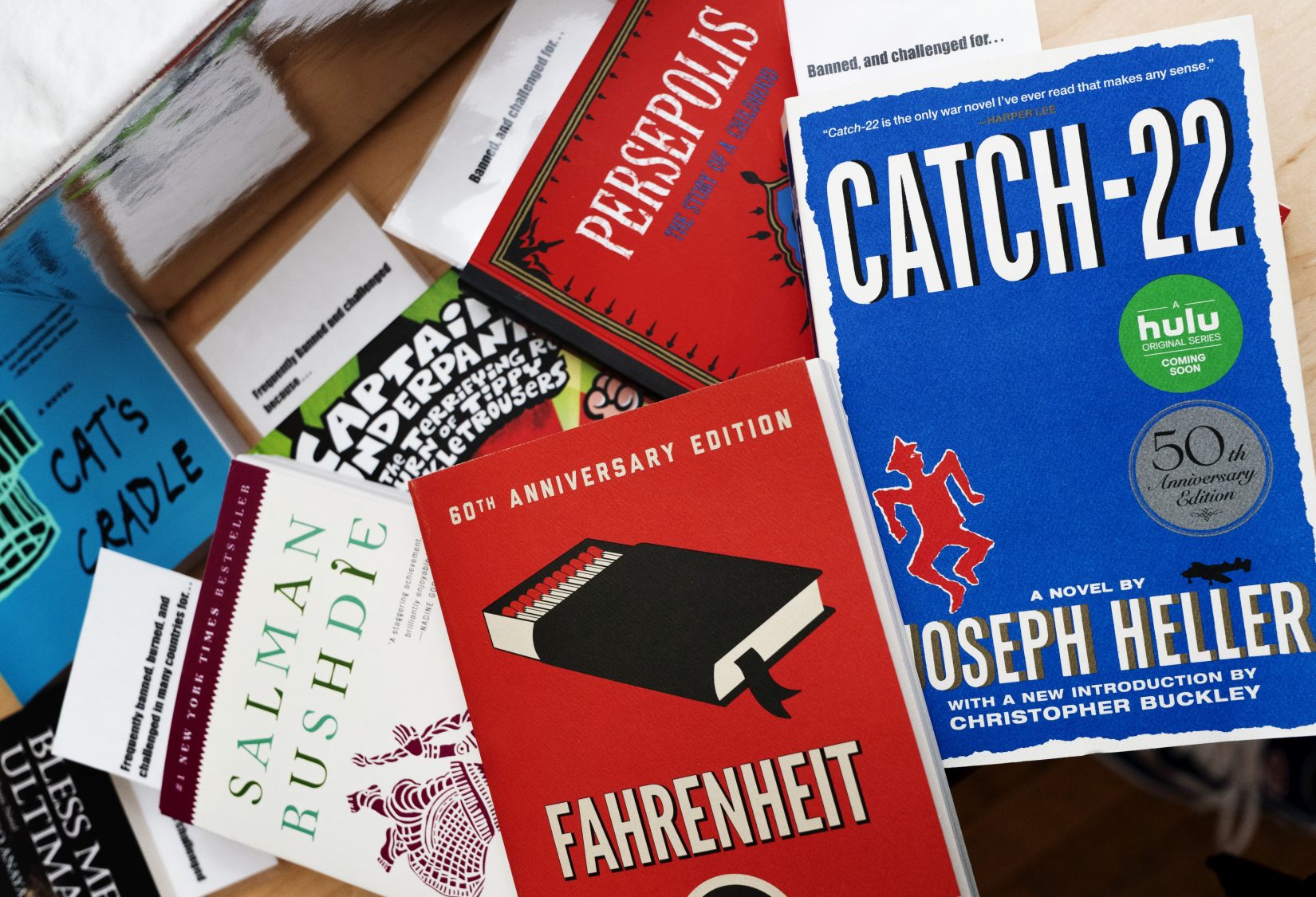 The freedom to read is something that’s held particularly dear at Skylark Bookshop. So when reports of banned and challenged books began to increase, staff members took note.

Just last year, there were more than 700 reported book challenges in the United States, according to the American Library Association’s annual State of America’s Libraries 2022 report. It’s the highest number of attempted book bans since the ALA began the list 20 years ago.

Erin Regneri and Beth Shapiro both handle subscriptions at Skylark, so when the two were chatting one day about the recent challenges, they realized it would be a cool concept for a new subscription.

And the Challenged/Banned Books subscription was born.

The new program has both a six-month and 12-month offering, with different books provided every month that have been banned and/or challenged at some point. Since what’s been considered acceptable has changed over time, so has the content that gets challenged, Shapiro notes. “We wanted to recognize that there’s been this huge uptick in banned books, but it’s not something that’s new,” she says. “This concept of forbidding people to read certain things has been around forever.”

Right now, the books most often being targeted are those written about and/or by people of color or who identify as LGBTQ, according to the ALA. To reflect that, the first book highlighted as part of the new subscription is Gender Queer: A Memoir by Maia Kobabe. Not only is the book the most challenged title of 2021, but Kobabe was a featured speaker at this year’s Unbound Book Festival.

Some of the most challenged books of the past are largely considered classics now, which is why Shapiro and Regneri want to span different eras with their selections. Books like The Adventures of Huckleberry Finn  by Missouri’s own Mark Twain, The Catcher in the Rye by J.D. Salinger and Of Mice and Men by John Steinbeck were all included in the ALA’s list of most challenged books at some point. “The more variety that we can introduce, the better,” Shapiro says of the selections included.

“The fun thing with that, too, is that it introduces people to not only new books that they wouldn’t have read, but really older books that a lot of people haven’t read,” Regneri adds. 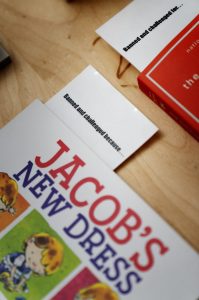 While there’s no concrete plans yet, Skylark may eventually host a book club gathering connected to one of the featured titles. Regneri says that would align with the purpose of the subscription, which is to spark meaningful discourse. “Our whole point of it was to encourage education and conversation in the community,” Regneri says. “Ultimately, most titles that are banned or challenged, it’s simply because it makes a group of people uncomfortable.”

And that’s unfortunate, Shapiro says, since books are an extremely safe way to explore so many different topics, especially the tough and uncomfortable ones. “There are things that are uncomfortable in the world that we all have to face,” Shapiro says. “Be daring and educate yourself. Try something new and challenge yourself.”

As far as what will be featured next, Shapiro says they’re keeping that quiet for now. And substitutions will not be accommodated for this particular subscription, as Shapiro and Regneri are putting a lot of work and thought into each selection. If the featured book is one the subscriber has already read, Regneri says she would encourage them to try reading it again or pass it along to someone else. “We’ve had a good response so far,” Regneri says.

The new subscription costs $150 for six months or $275 for 12 months, with 10% of proceeds going to the banned books program at EyeSeeMe, a bookstore in St. Louis that provides free banned books to students and families. Each paperback book will include a short paragraph about its history being challenged or banned. The subscription is recommended for those ages 13 and older; however staff notes that they leave the final decision to a child’s parent or guardian.

For more information or to enroll in the subscription, call Skylark at 573-777-6990 or email mail@skylarkbookshop.com with the subject line of banned books subscription.

Gallery 717 Encourages All to View, Contribute and Take Miniature Art

Hiking the Trails: Get the Gear for a Tremendous Trek

Mizzou Women’s Basketball Team to Face Off Against Kentucky

Celebrate the New Year in Columbia