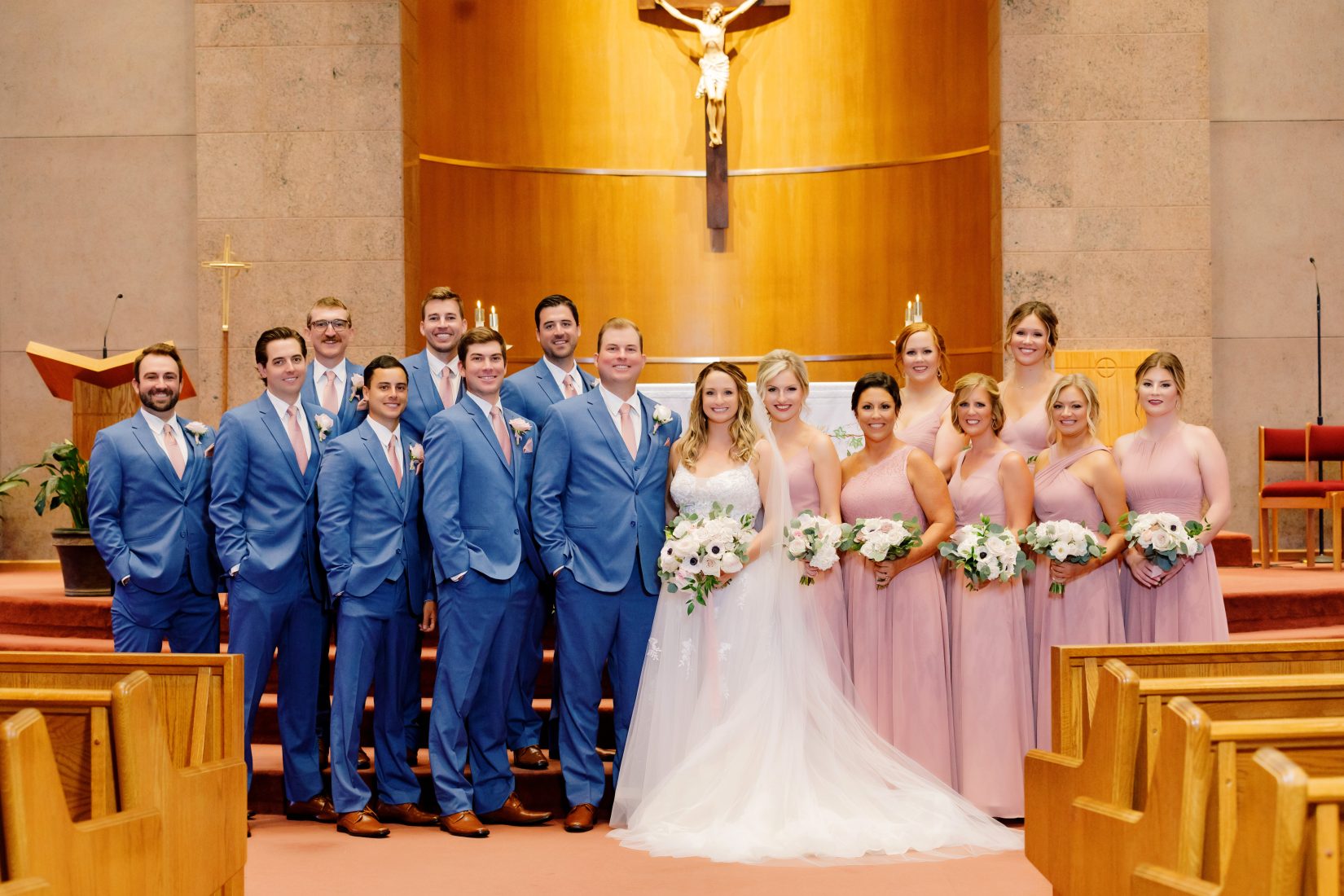 Just before finishing her first year at Mizzou in 2012, Laura Fuchs went to St. Louis for a weekend to visit her high school friend, Mary, at Saint Louis University. Mary mentioned her new boyfriend would be joining them and bringing his roommate, Danny. The four hung out that night, with Laura and Danny really hitting it off. Once the school year ended, Laura moved home to St. Louis for the summer, and she and Danny spent pretty much every day together. 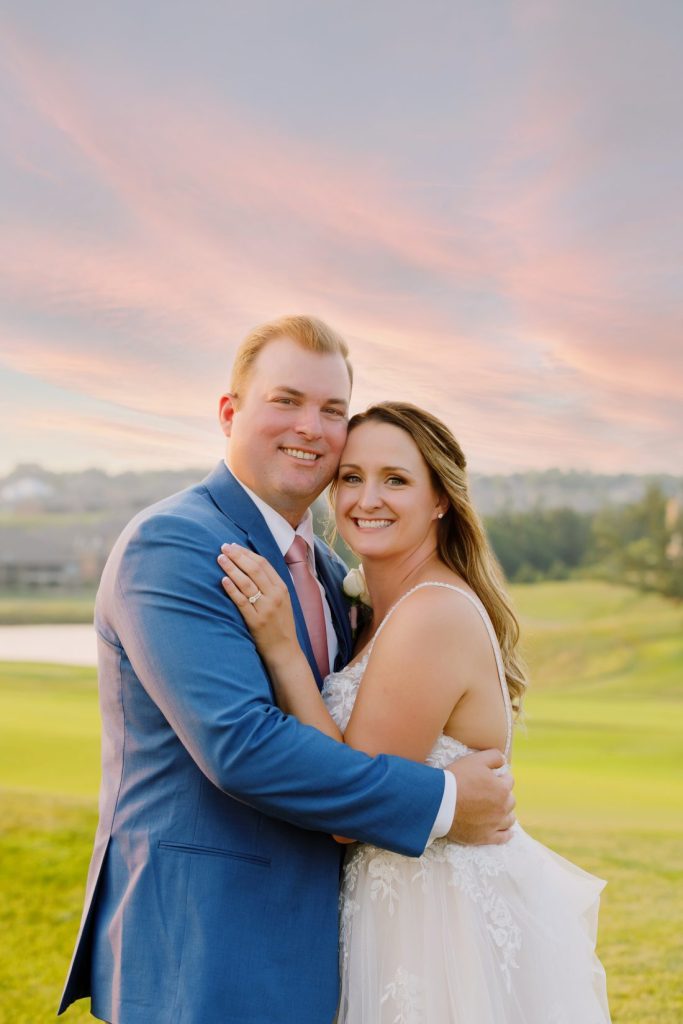 After graduation, both settled in Columbia and nine years after meeting, got engaged on July 18, 2020 — the day after Danny’s birthday. Laura thought they were going to St. Louis to celebrate his birthday, but no! Danny’s tale of golf with the guys, then meeting up in the afternoon for a pool party and barbecue was an elaborate ruse: He had arranged for Laura’s friend Emily to take her hiking, and he didn’t hit the links at all. Instead, he hit the ground running to pull off a huge surprise engagement party.

After a long morning of hiking, Laura and Emily ate a leisurely lunch and even stopped to get Danny a “happy birthday” cookie cake, something Laura nearly dropped when she opened the gate to her parents’ backyard. Music started to play and, to her surprise, Danny was standing there, not golfing. Confused, she didn’t really register what was happening until Danny dropped to one knee, her family and friends appeared from around the corner and he proposed!

Laura became Mrs. Danny Wagner on Aug. 7, 2021, at Our Lady of Lourdes Catholic Church. The Rev. Chris Cordes officiated and the couple exchanged traditional vows during a full Catholic wedding. The décor in the church was simple — a large floral arrangement on each side of the altar.

Both moms walked in to “I Have Loved You,” then made a loop and walked in together a second time carrying the couple’s infant daughter, Madison. The bridesmaids walked next, to “Canon in D.” The Pachelbel piece also played as Laura’s father escorted her down the aisle, but with the volume raised.

Laura’s gown was a spaghetti strap, A-line dress with a sweetheart neckline, lace and beading. Her hair was half up/half down and curly, with a twisted back. She wore a full-length veil and carried a mix of blush peonies, anemones, quicksand roses, lisianthus, spray roses, pink sedum, blushing bride protea, ranunculus, jasmine and sweet pea. Her bouquet was wrapped in a blush rose silk ribbon, her favorite color.

Her bridesmaids wore long dresses from Azazie, each in a style of their own choosing, in dusty rose.  They carried smaller versions of the bridal bouquet, also wrapped in blush rose silk ribbon. 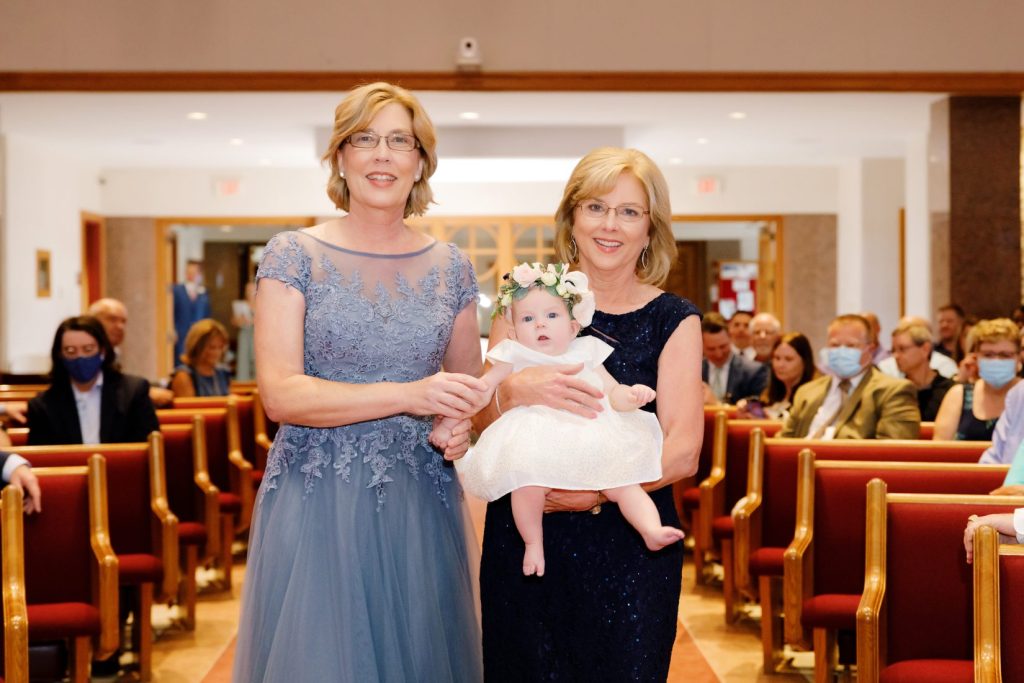 Danny wore a navy suit with brown shoes from Men’s Wearhouse. His garden rose boutonniere was wrapped in blush rose silk ribbon and, in a further nod to Laura’s favorite hue, he sported a dusty rose tie and pocket square. His groomsmen were similarly attired, as was Laura’s father.

After the ceremony, guests adjourned to The Club at Old Hawthorne. Laura and Danny wanted their reception to feel elegant yet casual. It began with a cocktail hour held both inside the clubhouse and also outside on its patio overlooking the 18th hole. Servers passed appetizers while guests enjoyed an open bar and instrumental music.

The main reception and sit-down dinner followed under a huge white tent on the event lawn. Guests entered through a greenery-draped opening with a large floral arrangement on either side of it, and white fabric swooping dramatically down the tent pole. Edison lights were strung throughout the tent.

Guests sat at round tables, half graced with garden-style arrangements in gold compotes, the other half of the tables graced with gold lanterns ringed by loose greenery including eucalyptus and a hint of smilax. Two rectangular farmhouse tables served as the head table, connected by an ivory cheesecloth runner and set with tall votive candles, greenery and dusty rose napkins with gold Chiavari chairs.

Wedding toasts began, with one of the most memorable coming from an unexpected source: Baby Madison, via her grandpa Greg, Laura’s dad.

“Talk about a waterfall of tears when he started talking,” Laura says. “He said, ‘Maddie asked me to read her toast tonight. To mom and dad, congratulations on your big day today. You are the greatest mom and dad a baby could ask for and I love you so much …’” 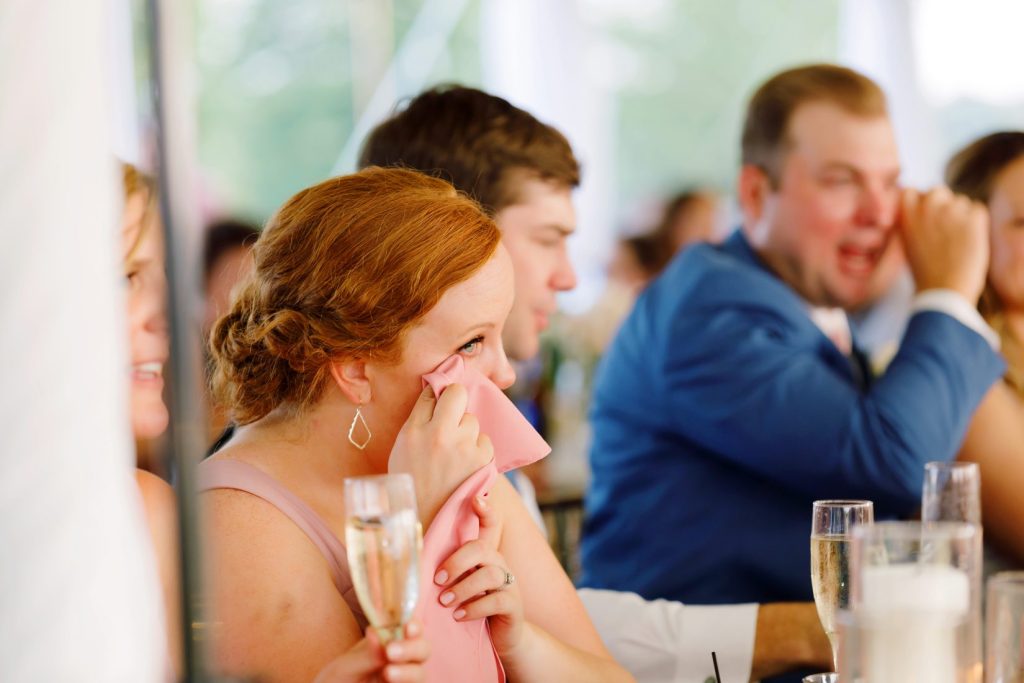 Another moment the couple wouldn’t trade for the world? Dancing on the patio together at sunset and having a moment to themselves.

“We tried to take everything in and stopped to pause every once in a while to remember as many details as possible,” Laura says.

Guests had their choice of two cakes, as well as an assorted dessert bar. The main cake was two-tier and had ribbed icing and buttercream frosting, along with a Mr. and Mrs. Wagner topper. The second cake was a fun surprise for Danny: A golf course with a little golf cart that said “Just Married” on the back.

They ended the night by dancing on the stage and Danny crowd surfing.

“We definitely ended the night with a bang,” Laura says.

The newlyweds live in Columbia, where the bride works in sales and marketing at Zimmer Communications and the groom is an attorney for The Kroenke Group. They plan to take a delayed honeymoon on their one-year wedding anniversary. 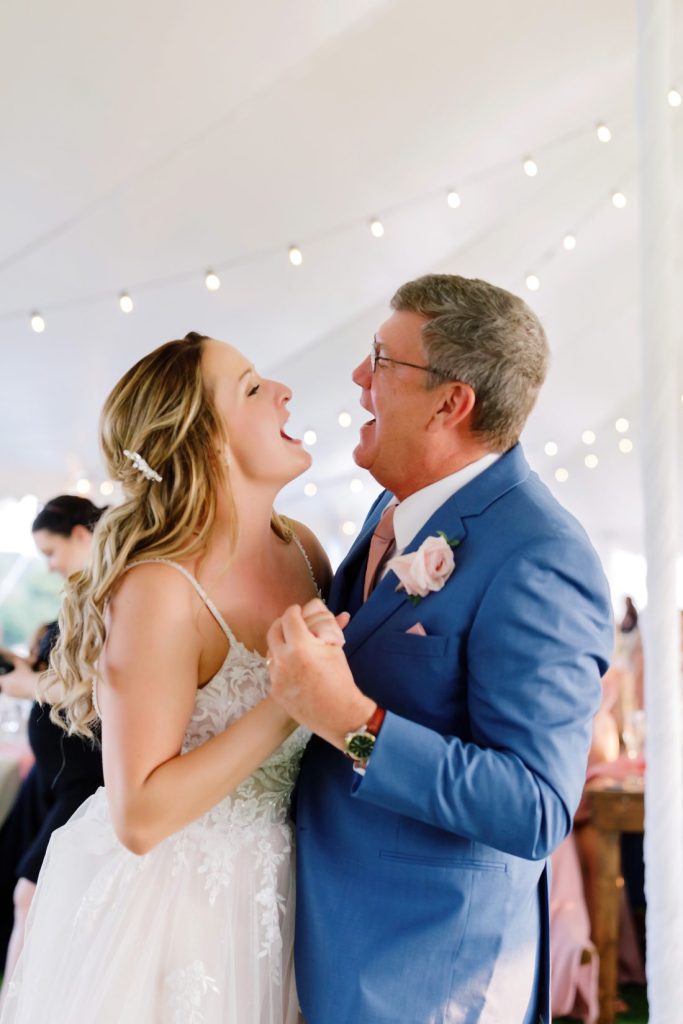 Griffin and the Gargoyles, St. Louis

Ang at Hy-Vee on Grindstone

Crate and Barrel, Bed Bath and Beyond, Dillard’s

Superior Sound: Which Audio Format is Your Favorite?