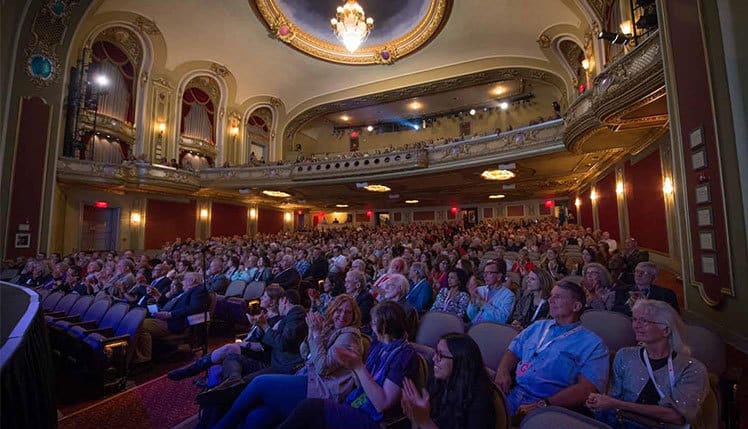 This summer’s hottest concert ticket isn’t actually a single ticket, but rather a series: The Missouri Symphony Orchestra’s Hot Summer Nights Music Festival. Under the direction of Maestro Kirk Trevor, the festival ambitiously presents 24 concerts in 42 days, kicking off on June 7, and running through July 14.

Hot Summer Nights started in 2004, when Trevor sought to give the symphony and its music a broader appeal, moving beyond just a classical music series. “We were trying to find new locations and new atmospheres and new ways of presenting symphonic music, “ Trevor says. “It’s about reaching out to the broad community. That’s really important.”

“This year, for the first time, I’m bringing in a country music group,” Trevor says. He’s referring to a July 13 Pops Series concert, when the symphony will perform with Asleep at the Wheel in an outdoor event that includes a street dance with square dancing and a beer tasting. Other Pops Series events include a collaboration with the Missouri Contemporary Ballet on June 9, and Oscar Night at the Movies on June 22.

The Masterworks Series kicks off with Verdi’s “Requiem” on June 16. It’s followed by “Mostly Mozart” on June 24, and a night of opera with “La Boheme” on June 29. Many people don’t realize the Broadway hit “Rent” was based on the opera, Trevor says. The series will continue with two more events in July.

For those who desire a more intimate experience, Hot Summer Nights offers three chamber recitals at three different Columbia
churches, beginning with “Evensong” on June 10 at Missouri United Methodist Church, and continuing with recitals on June 18 and July 9. “The recitals feature small ensembles, quartets and trios, “ Trevor says. “They’re beautiful locations and offer the chance to get up close and personal with the musicians.”

Kids are sure to get a kick out of the free Family Series, including a June 20 concert with a pizza theme, a costume contest and “parade of the semiconductors,” where kids get to take  the stage and take turns playing conductor. There’s also a free family concert July 11, with “an instrument petting zoo.”

The Charlie Chaplin Silent Movie Night offers a fascinating look at movie scoring. The symphony will perform three music scores, beginning with the “generic” original music score written when the movie was first released. At that time, movie scores were generic, with a “love scene” song, a “chase scene” song, and so on.