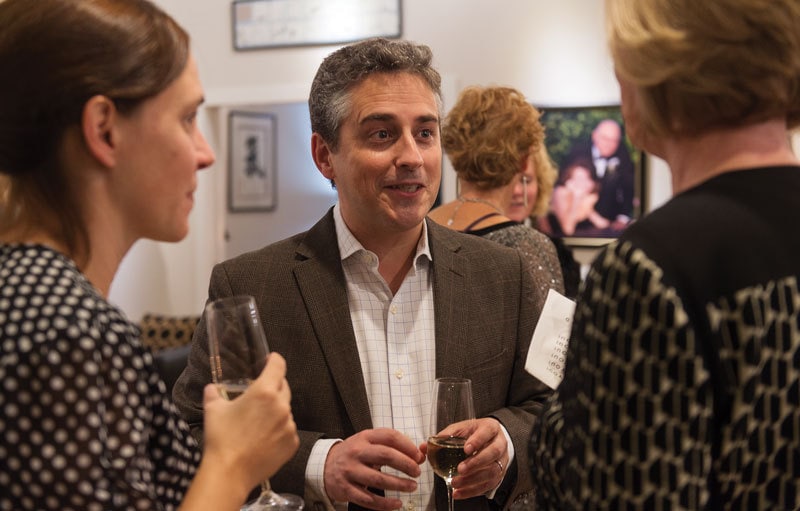 photos by of L.G. Patterson

In April of 2016, the inaugural Unbound Book Festival filled Columbia with bookish enthusiasm.

From the keynote event at the Missouri Theatre, where Mark Doty chatted casually with Michael Ondaatje in front of a packed house, to the following day when Stephens College was peppered with authors, panels and crowds, the festival was an undeniable success.

Holding true to the vision of Alex George, Unbound director, the entire festival will again be free to the public. The Unbound mission includes George’s desire that “every event at Unbound be wildly interactive.” Along with the goal to expose attendees to books and their creators with maximum interaction, George is also passionate about improving Missouri literacy.

The mission states that “Missouri has one of the lowest literacy rates in the United States, for both children and adults … The Unbound Book Festival pledges to support the drive to improve our state’s literacy rates — because books, after all, should be for everyone.”

To make this complicated vision a reality, Unbound Book Festival supporters have taken a unique approach to fundraising.

Cooking for Books is a concept encouraged by festival organizers, where anyone interested can host a fundraising party. Hosts have touched the concept with their own vision, ensuring maximum entertainment.

Events ranging from a taco party to a three-house progressive dinner are bringing awareness, excitement and funds to Unbound. The hosts provide food and drink, guests bring a donation to support the festival and the Unbound organizers provide door prizes, giveaways, and the option of Alex George visiting to discuss the 2017 event.

As explained on the invitation, a Bluestocking was “a group of ladies who in 18th century England held ‘conversations’ to which they invited interesting men who could make literary contributions to the group.”

Dunkin encouraged Unbound-style conversation by inviting Columbia’s 2016 Unbound author Laura McHugh to speak. Other festivities included an alternate election, Huck and Jim vs. Pooh and Piglet, and by encouraging the use of British slang to win door prizes.

Dunkin still gets excited when talking about last year’s festival.

“I was in heaven every second of the Festival — from the first step Friday evening into the Missouri Theatre for Michael Ondaatje and Mark Doty until Saturday’s final presentation, Kids’ Lit with Justin Roberts, in the Macklanburg Playhouse,” Dunkin says. “Since then, I’ve been eager to tell everyone about this tremendous gift to Columbia.”

In particular, it is George’s mission statement that spoke to her. As a past English teacher, Dunkin is passionate about bringing books and authors into the community.

“I fully embraced the mission tenets … these motivated me to host the tea to expand awareness of the Unbound Book Festival and to ask friends, through their support, to ensure its future and to keep it free,” she says. “And I had a perfectly wonderful time doing it!”

Cooking for Books allows Unbound enthusiasts, like Dunkin, to be directly involved in its future success.

In a note to Dunkin, one guest said, “I love that you were as enchanted with last year’s Unbound experience as I was, and I’m thrilled you are getting the word out and generating the support it deserves.”

Others were completely new to the table, and thrilled to be part of the festival’s growth. “Thank you for enlarging my world …” wrote another.

Heather Foote wrote, “Dear Sue, Thank you so much for a fantastic tea! It was creative, intellectual, delicious, entertaining and totally enjoyable! It was an honor to listen to the author, Laura [McHugh], and to hear the future of the book festival from Alex George.”

All-in-all, hosts and guests have enjoyed the opportunity to support and anticipate the festival. Readers interested in hosting a Cooking for Books event, or supporting the Festival in other ways, can find more information here.

George requests that events be held before March 1st. The website also includes updates about the 2017 authors, including Ishmael Beah, Marie Howe and Candice Millard.

Life Through The Lens